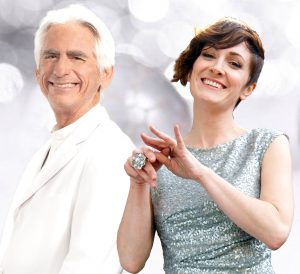 David Benoit fell in love with jazz in 1965 after watching a Charlie Brown special on television and hearing the music of Vince Guaraldi. A pioneer and architect of contemporary jazz, Benoit has created a four-decade legacy of delighting fans internationally. Highlights from the chart-topping pianist’s catalogue include the recordings Freedom at Midnight (1987), Waiting for Spring (1989), Shadows (1991), Letter to Evan (1992, a tribute to Bill Evans) and Here’s to You, Charlie Brown: Fifty Great Years (2000). Benoit has also recorded two albums with guitarist Russ Freeman: Benoit/Freeman Project (1994) and 2 (2004). His discography also includes the recording American Landscape (1997) and Orchestral Stories (2005), which featured his first piano concerto and symphonic work. Benoit’s 2012 CD Conversation garnered three Grammy nominations and 2 In Love (2015) joined him with vocalist Jane Monheit.

Benoit’s film scores include The Stars Fell on Henrietta (1995), produced by Clint Eastwood, and The Christmas Tree, produced by Sally Field, which was voted ‘Best Score of 1996’ by Film Score Month. So Nice (2017), a collaboration with guitarist Marc Antoine, was Benoit’s first Shanachie recording. The dynamic artist has served as conductor for numerous symphonies including the Los Angeles Philharmonic, Asia America Symphony Orchestra and the London Symphony Orchestra. A long-time guest educator with the Mr. Holland’s Opus Foundation, he received that organization’s Excellence in Music Award in 2001. Benoit also currently hosts a morning radio show on KKJZ 88.1 FM in Long Beach, CA. In 2018, Benoit was given an honorary doctor’s degree in music from Five Towns College in New York.

David Benoit is a Steinway Artist.

NOTE: Sara has been nominated for a 2020 Grammy for Best Jazz Vocal Album – “Thirsty Ghost!”

Graced with an “impeccable” voice (Winnipeg Free Press) and hailed as an artist that “may well turn out to be the next important jazz singer” by the LA Times, Sara Gazarek has been one of the leading lights of an impressive generation of jazz vocalists since her brilliant emergence at age 20. While her subsequent career has been the picture of success – highlighted by five acclaimed albums, an ardent fan base, enthusiastic reviews, and collaborations with such luminaries as Kurt Elling, Fred Hersch, Billy Childs, and Larry Goldings, it is with her latest album, Thirsty Ghost, that Gazarek finally brings her musical expression stunningly into phase with her emotional maturity. Prompted by an intense period of personal and professional upheaval, the “exquisite taste, bright wit and creative vitality” hailed by WNPR remain, but those qualities are potently shaded by a rich undercurrent of complex feeling and whole-hearted realities. 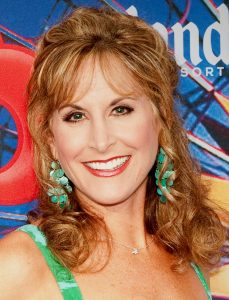 The 50+ member Maui Pops Orchestra presents familiar and family-friendly music from Broadway and beyond featuring vocalist Jodi Benson of Broadway, TV, motion picture and international stage acclaim – the original voice of Princess Ariel in Walt Disney Pictures’ “The Little Mermaid.” The program will include Don’t Rain on My Parade, Someone to Watch Over Me, Broadway Baby, music from The King and I & Fiddler on the Roof, A Tribute to Walt Disney, Part of Your World and more! Bring the whole family!

Jodi Benson is honored and blessed to be a recipient of The Disney Legends Award having served the company for over 27 amazing years. Jodi has received worldwide recognition as the beloved, original voice of Ariel in the Academy Award winning Disney film The Little Mermaid. She continues to bring Ariel to life as well as the bubbly voice of Barbie in Disney/Pixar’s Golden Globe winner Toy Story 2 and Oscar winning Toy Story 3. Other films: Flubber (Weebo), Thumbelina, Tinkerbell: Secret of the Wings, The Little Mermaid: Ariel’s Beginning, The Little Mermaid 2: Return to the Sea, Lady and the Tramp II (Lady) and as Patrick Dempsey’s assistant Sam, in Disney’s Enchanted– as a real person with legs!

Ms. Benson received nominations for the Tony Award and Helen Hayes Award for Best Actress in a Musical for originating Polly Baker in the Tony Award winning Gershwin musical Crazy For You. Other Broadway credits include creating the starring role of Doria Hudson in the Howard Ashman-Marvin Hamlisch musical Smile and others.

Her animated TV series include the Emmy winning “Camp Lazlo”, “The Little Mermaid”, “Sofia The First” (Disney) and many others.

As a concert soloist, Jodi has performed with symphonies all over the world, including The Boston Pops, The Philly Pops (conductor: Peter Nero), The Hollywood Bowl Orchestra, The National Symphony (conductor: Marvin Hamlisch), Tokyo, San Francisco and Chicago Symphonies, to name a few.

Jodi gives thanks to God for her loving husband, Ray, and amazing children, son, McKinley and daughter, Delaney. 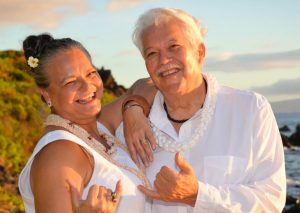 The 50+ member Maui Pops Orchestra presents an afternoon of great music with Hawaiian Music Hall of Fame inductee, Keola Beamer, master of Hawaiian slack key guitar, and kumu hula Moanalani Beamer entrancing with hula, chant and traditional instruments. The orchestra, along with Keola and Moanalani, will perform traditional and contemporary Hawaiian songs, along with some surprising orchestra-only interjections. A fabulous way to spend an afternoon!
Purchase Tickets Now

Keolamaikalani Breckenridge Beamer was raised on Hawai‘i Island, born into one of Hawai’i’s most illustrious and beloved musical families. He established himself early as the family’s youngest standard-bearer. A child of the rock & roll era, he was at the vanguard of Hawaiian contemporary sound. Yet he also helped drive what became the Hawaiian Cultural Renaissance, recording many songs written by his ancestors, including his legendary great-grandmother Helen Desha Beamer and his mother Nona Beamer.

Keola studied classical guitar and went on to publish a slack key method book using a 16th-century lute tablature system as his starting point. He has been an influential figure in the recognition of kī hō’alu as one of the world’s great guitar traditions. He was one of Hawai’i’s first recording artists to integrate Hawaiian chants and instruments, like the tiny gourd whistle and nose flute, into contemporary forms of music. Keola has recorded and produced more than a dozen albums, has won numerous Na Hoku Awards (Hawai’i’s “Grammy”), including one for Lifetime Achievement in 2009, and appeared on Sesame Street and NBC’s “Today Show”. He was nominated for a Grammy Award in Hawaiian Music in 2011 and in Regional Roots music in 2013, as well as the Soundtrack nomination for The Descendants. Keola Beamer was awarded the prestigious 2014 Native Arts & Cultures Foundation Artist Fellowship, and in 2018, was inducted into the Hawaiian Music Hall of Fame. Says Willie Nelson, “There’s no better slack key player than Beamer.”

Moanalani Beamer began her hula training at the early age of four with Kumu Hula Johnny Hokoana, and continued training extensively with several different hula masters; she herself became a “Kumu Hula” in 2011, following a rigorous process of study and graduation (“‘uniki”). Her performing career included starring in several hula revues on Maui. In performance with Keola, she dances, chants, sings background vocals, and plays several ancient Hawaiian percussive instruments, including `ili`ili (river stone “castanets”), ka`eke`eke (cut bamboo) and Ipu (gourd drum). She also teaches, sharing her hula knowledge with students on Maui as well as in workshops across the U.S. and Europe.

The 50+ member Maui Pops Orchestra brings back the captivating Capathia Jenkins for an afternoon of pure bliss – this time sharing the spotlight with phenomenal vocalist/pianist Tony DeSare to explore music of The Great American Songbook. Selections will include Strike Up the Band, Fascinating Rhythm, All the Things You Are, Day In, Day Out, Just in Time, Sunny Side of the Street, I’ll Be Seeing You, Lady is a Tramp, Blue Moon, A-Tisket, A-Tasket, Get Happy, and then some! Something for everyone!

Brooklyn-born and raised singer/actor, Capathia Jenkins most recently released the critically acclaimed CD Phenomenal Woman the Maya Angelou Songs with her collaborator Louis Rosen and they sold out the world-famous Birdland Theatre in NYC for 3 nights. She starred as ‘Medda’ in the hit Disney production of Newsies on Broadway. She made her Broadway debut in The Civil War where she created the role of Harriet Jackson. She then starred in the Off-Broadway 2000 revival of Godspell, where she wowed audiences with her stirring rendition of ‘Turn Back, O Man’ which can still be heard on the original cast recording. She returned to Broadway in The Look of Love and was critically acclaimed for her performances of the Bacharach/David hits. Ms. Jenkins then created the roles of ‘The Washing Machine’ in Caroline, Or Change and ‘Frieda May’ in Martin Short-Fame Becomes Me where she sang ‘Stop the Show’ and brought the house down every night. In 2007 she went back to Off-Broadway and starred in (mis)Understanding Mammy-The Hattie McDaniel Story for which she was nominated for a Drama Desk Award. She was also seen in Nora Ephron’s Love, Loss, and What I Wore.

An active concert artist, Ms. Jenkins has appeared with numerous orchestras around the world including the Cleveland Orchestra, Pittsburgh Symphony (with Marvin Hamlisch), Cincinnati Pops, Philly Pops, Seattle Symphony, the Hong Kong Philharmonic and many others. She has been a soloist with the Festival Cesky Krumlov in the Czech Republic multiple times. She had the great honor of performing in the ‘Broadway Ambassadors to Cuba’ concert as part of the Festival De Teatro De La Habana. She has appeared several times at Carnegie Hall with the New York Pops and sang in a Tribute to Marvin Hamlisch at the Library of Congress.

Her Television credits include 30 Rock, the Practice, Law & Order SVU, the Sopranos, Law & Order. She can be seen in the film ‘Musical Chairs’ directed by Susan Seidelman. Ms. Jenkins was also seen in The Wiz in a live performance on NBC. She can be heard on the following film soundtracks: Nine, Chicago, Legally Blonde 2.

Named a Rising Star Male Vocalist in Downbeat magazine, DeSare has lived up to this distinction by winning critical and popular acclaim for his concert performances throughout North America and abroad. From jazz clubs to Carnegie Hall to Las Vegas headlining with Don Rickles and major symphony orchestras, DeSare has brought his fresh take on old school class around the globe. DeSare has three top ten Billboard jazz albums under his belt and has been featured on the CBS Early Show, NPR, A Prairie Home Companion, the Today Show and his music has been posted by social media celebrity juggernaut, George Takei. DeSare has also collaborated with Youtube icons Postmodern Jukebox.

DeSare is an accomplished award-winning composer. He not only won first place in the USA Songwriting Contest,but has written the theme song for the motion picture, My Date With Drew, several broadcast commercials and has recently composed the full soundtracks for the Hallmark Channel’s Love Always, Santa and Lifetime’s Nanny Nightmare.

Tony DeSare is a Yamaha Artist. 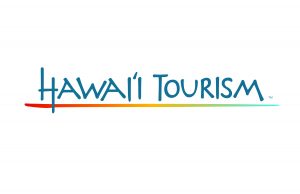 Support provided by Hawai’i Tourism through the Community Enrichment Program. 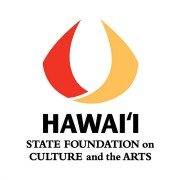 Additional support provided by the Hawai’i State Foundation on Culture and the Arts.

Thank you for your interest in the Maui Pops Orchestra.

Programs and Artists subject to change.